‘I signed up to work at Oxfam to save lives’

‘I signed up to work at Oxfam to save lives.’

My alarm clock goes off at 4 am. I had deliberately placed it away from my bed so I would be forced to get up. For days I had been trying to get on a flight into Beira, the port city in Mozambique where cyclone Idai made landfall, and so I couldn’t afford to miss this one.

As the plane begins its descent into Beira, I get my first glimpse of the damage inflicted by Idai and the floods that preceded it. I knew Beira had been hit hard – that 90 percent of the city was still under water – yet nothing could have prepared me for what I saw. Beira resembles a city at war: homes have been razed to the ground as if bombed from the air; some are submerged in water; roofs have been blown away; trees uprooted, and fields and crops flooded.

On arrival the airport is abuzz with activity. It’s the only place in Beira with functional telecommunications so the United Nations and many international aid agencies have made it their base – and this is where I will be living for the coming days. Much of the building resembles a war room: maps cover the walls and everywhere; men and women are huddled together trying to work out how to get aid out to people in desperate need. 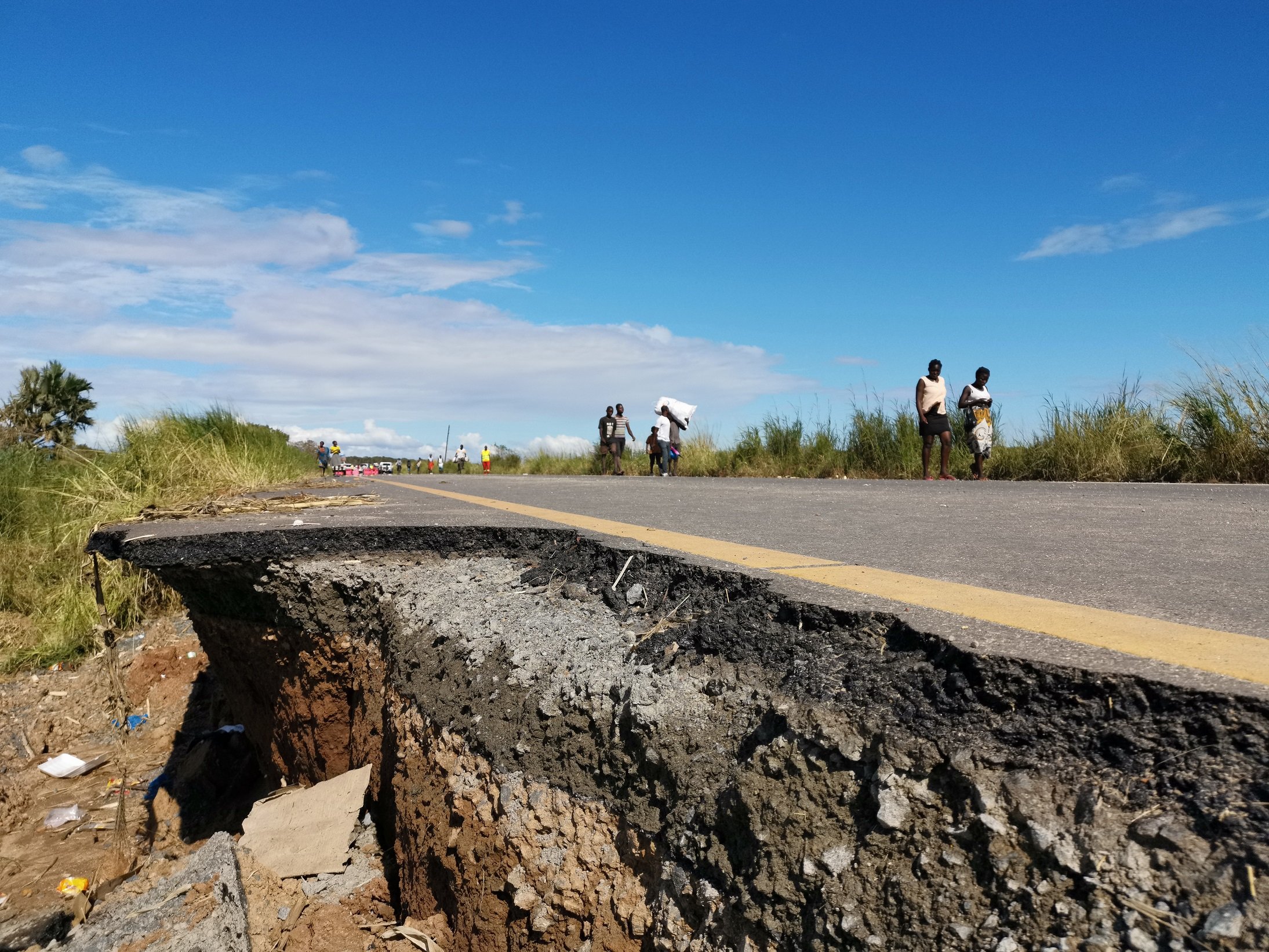 There is the constant noise of helicopters and planes taking off with emergency supplies for areas in the city and beyond that are only accessible by air. Oxfam too is working a local partner organisation, AJOAGO, to organize a helicopter to distribute family kits to communities in Buzi, one of the worst hit areas of the city where families are reported to be living on the rooftops of flooded houses. Each kit contains blankets, a bucket, mosquito nets, a jerry can, spoons and cloth wrappers. The hope is these kits will help prevent the spread of deadly diseases such as cholera and malaria.

While we are waiting for the flight, I head for Dondo, about 30 kilometers out of Beira, where a camp has been set up for displaced people. Armed with a notebook and a camera, I spend the afternoon listening to inspirational men and women who, despite losing everything, still wear a smile on the weary faces.

“There is nothing we could have done – we were in its path. We lost everything – our homes, blankets and food. We are waiting for the rains to subside so that we can go home and rebuild,” said Jacinta Verisha, a mother of four who lost her home and now living in a tent donated by COSACA, a consortium of aid agencies including Oxfam, Care and Save the Children.

As I bid farewell to Jacinta l wonder how long she will have to stay in the camp. Will she and her family make it home? Will her kids get back to school? Will they survive the outbreaks of disease such as malaria or cholera that so often strike in the aftermath of major disasters? How many people like Jacinta will I meet? How many more people will have their lives turned upside down as climate change brings more frequent and more destructive weather to our continent? 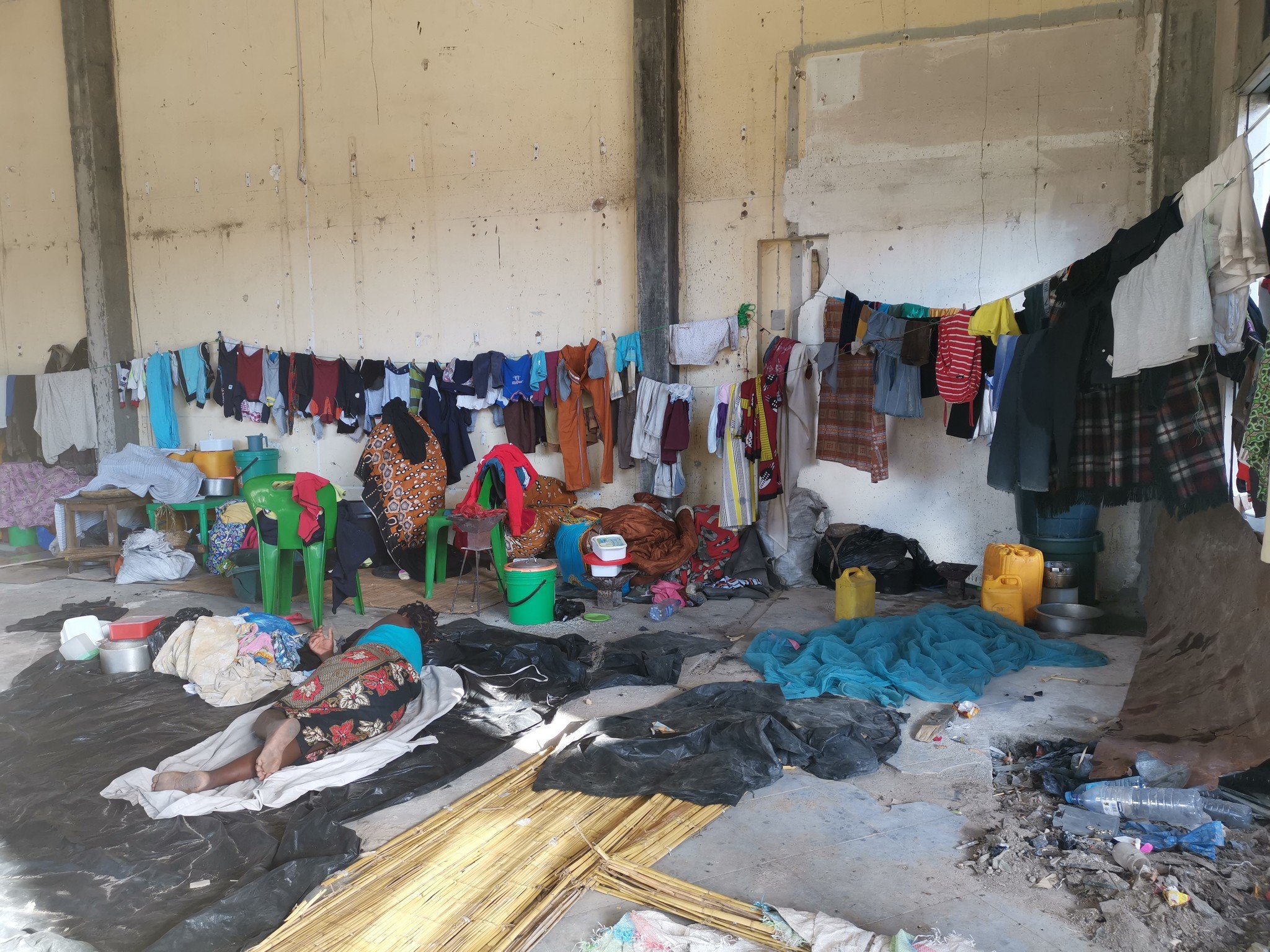 What I do know is that Oxfam, and its supporters across the globe, will make a huge difference to people like Jacinta – providing emergency assistance such as clean water and shelter to people who desperately need help now and helping people rebuild their communities, and their lives, in the months and years ahead, and help. I signed up to work at Oxfam to help save lives – being here in Beira is stark reminder me of that.

The cyclone has wiped out entire villages, destroyed crops, damaged roads, and isolated communities. It is estimated that more than 1,000 are feared to have died, while thousands more are missing. Over 2.6 million lives have been devastated, with millions left destitute without food or basic services; hundreds of thousands of survivors in Malawi, Mozambique and Zimbabwe are also at risk of waterborne diseases such as cholera and diarrhea. Oxfam initially aims to reach half a million people across Malawi, Mozambique and Zimbabwe.